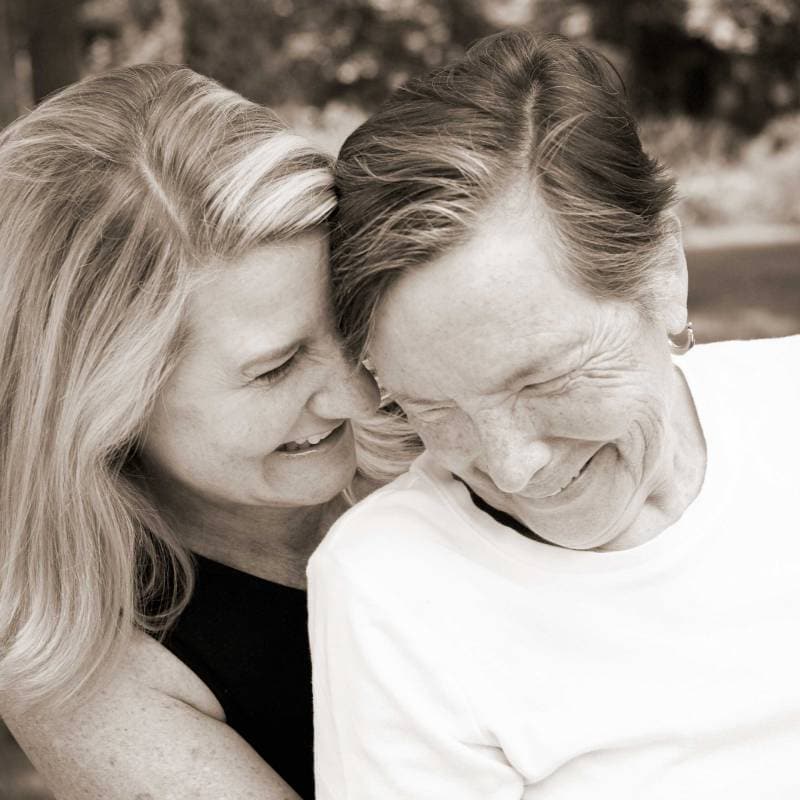 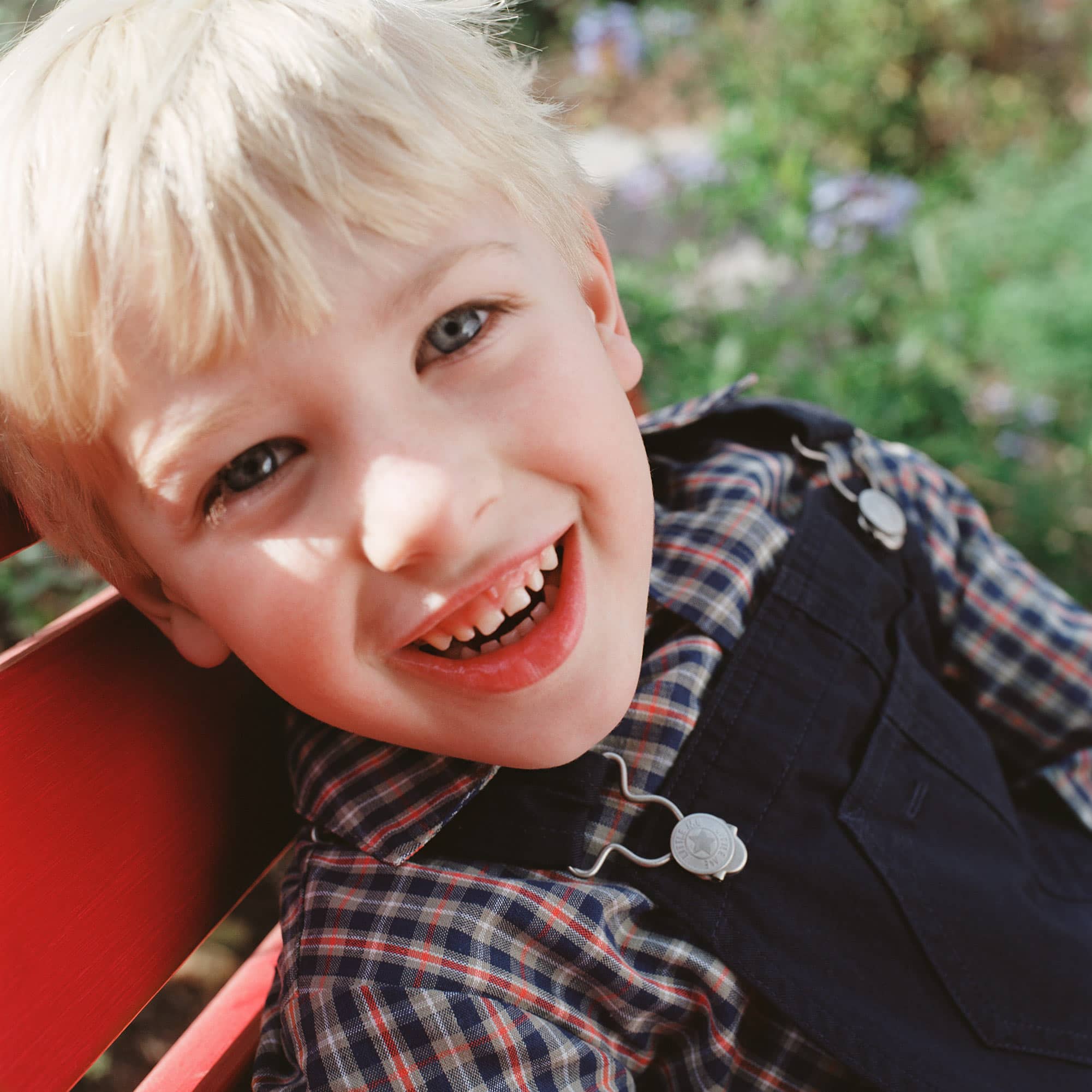 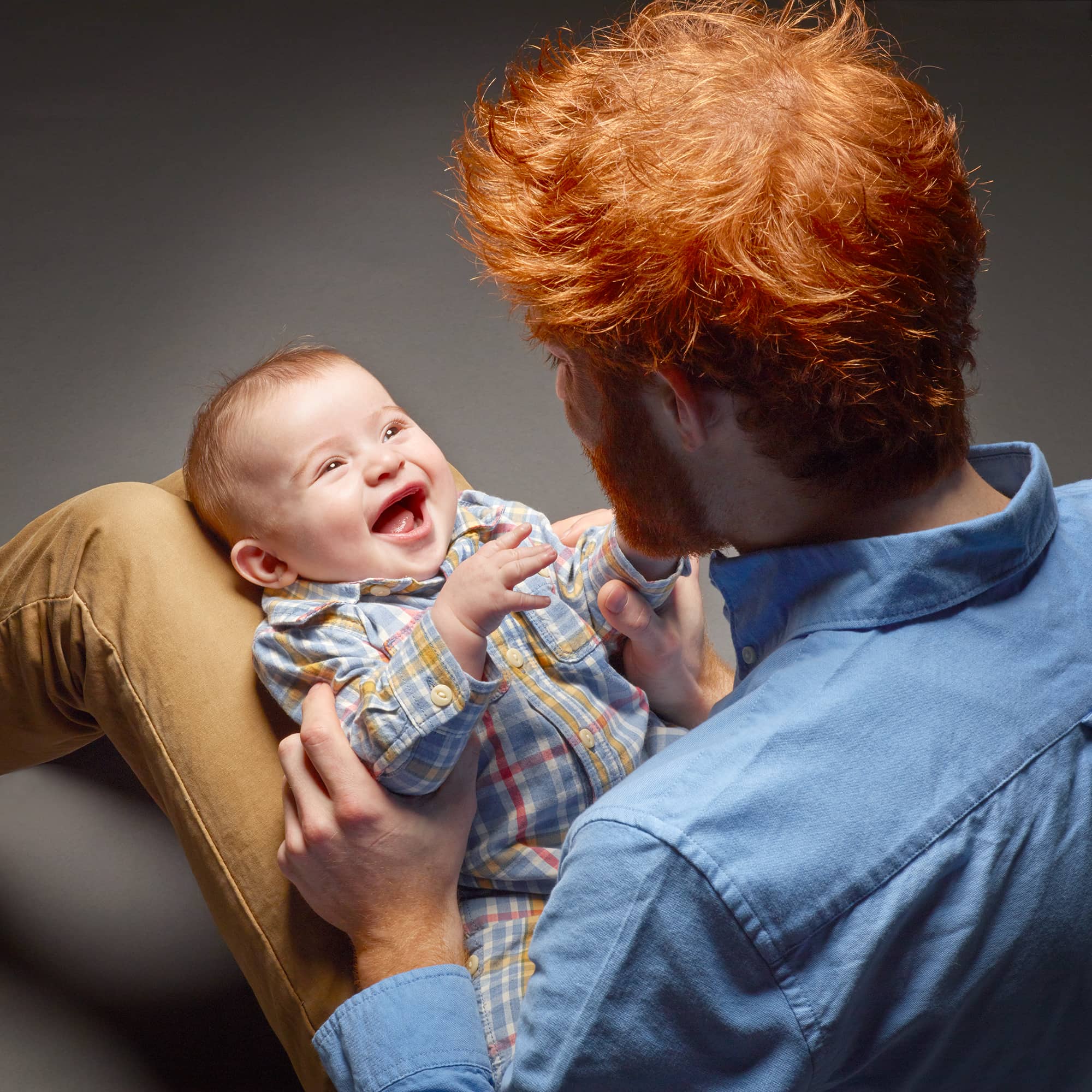 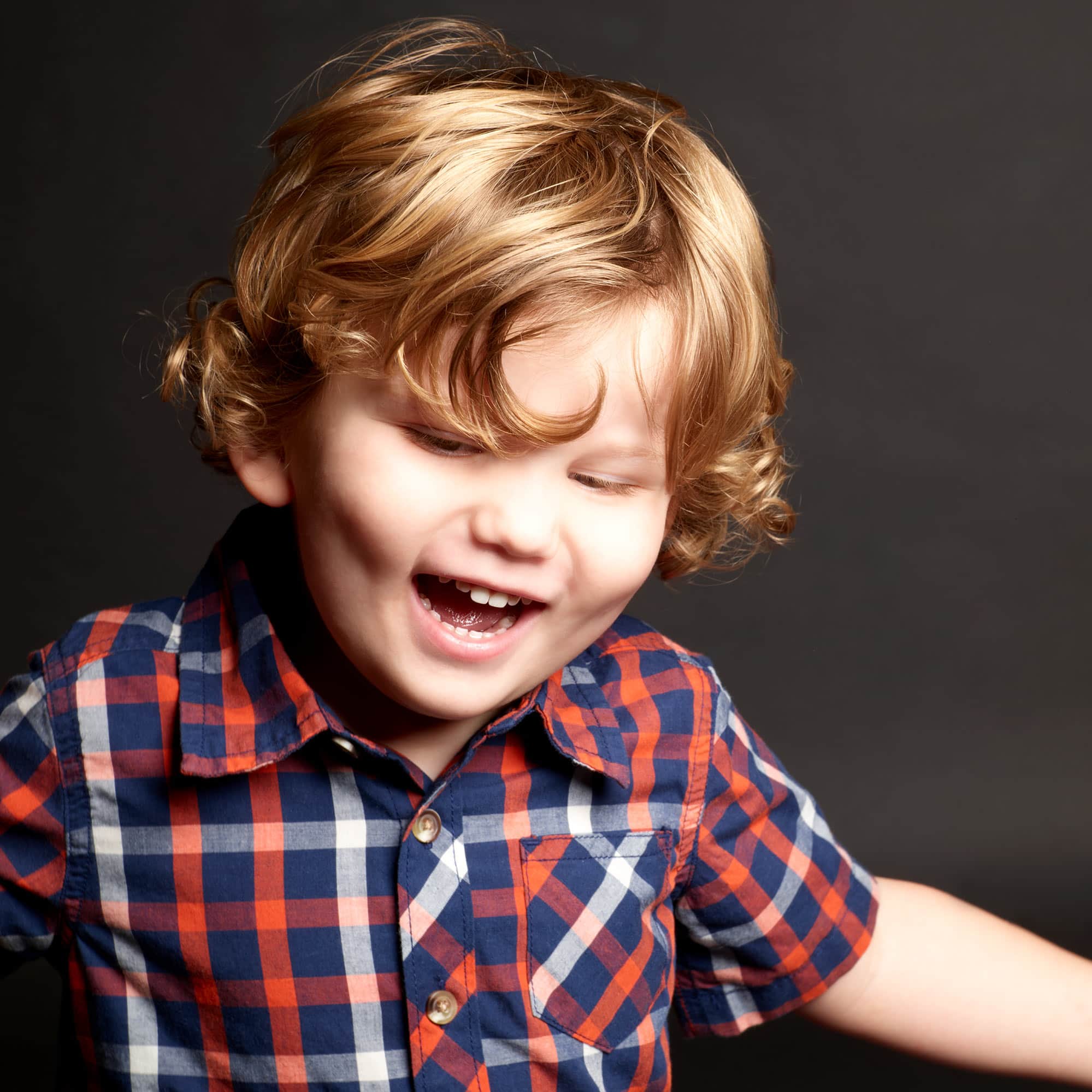 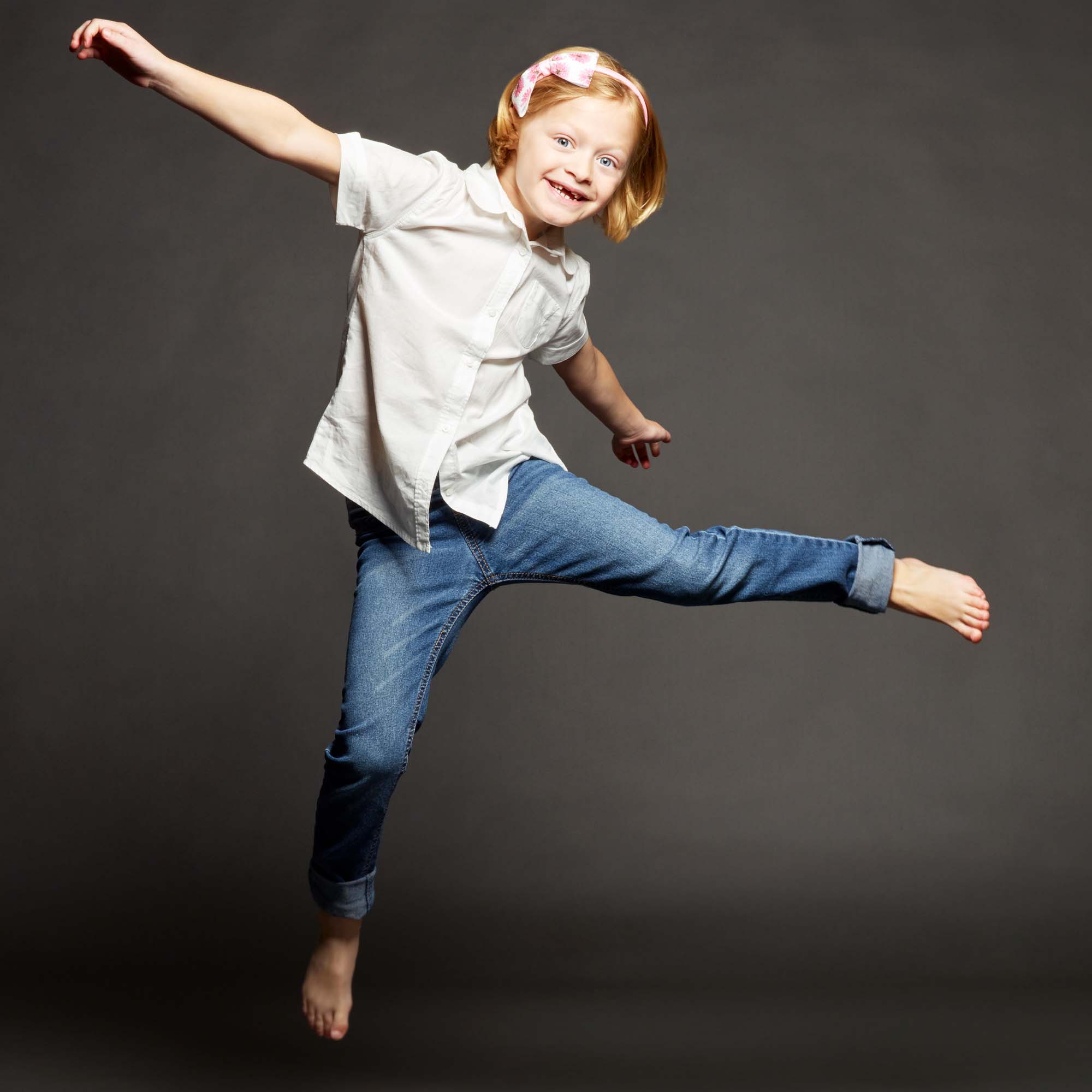 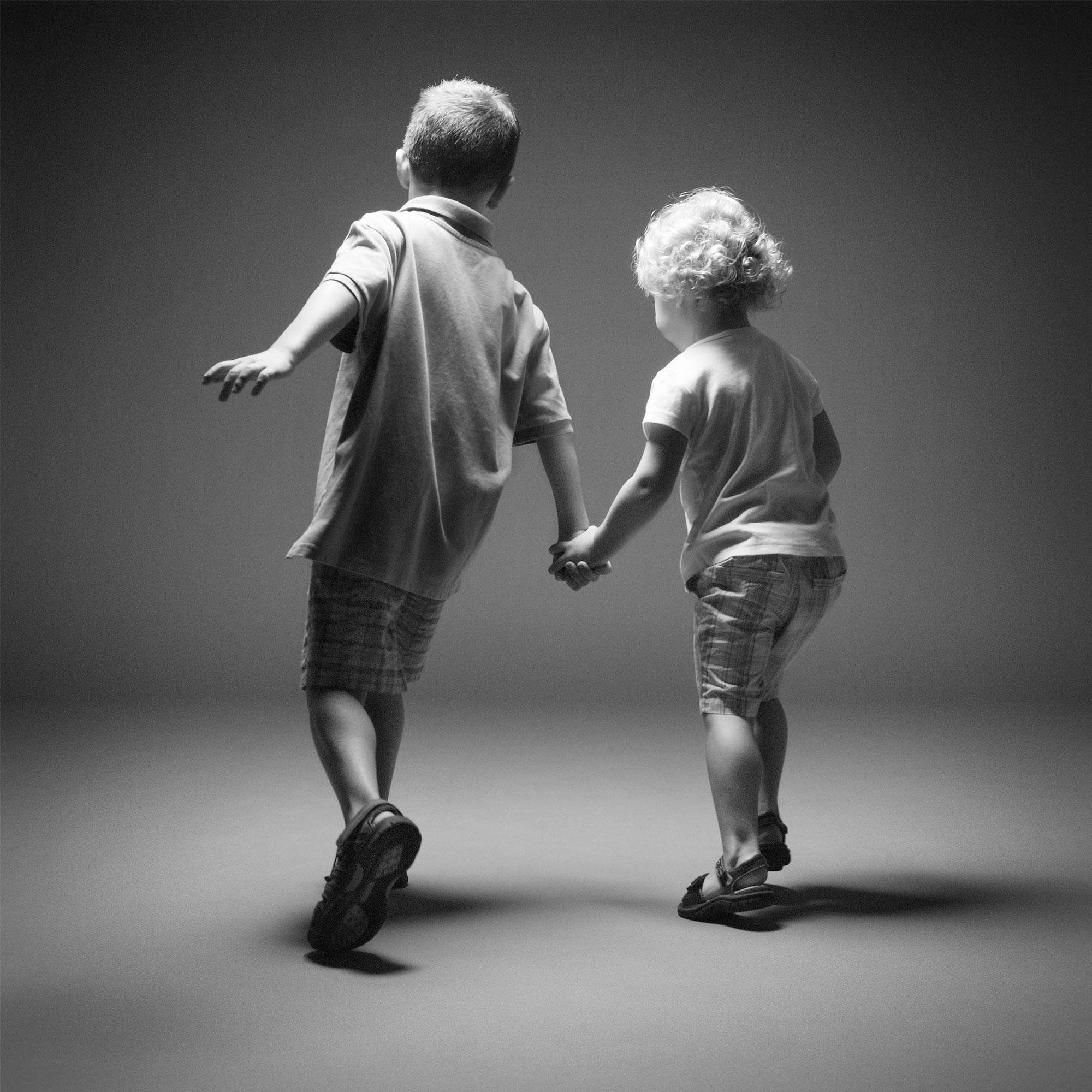 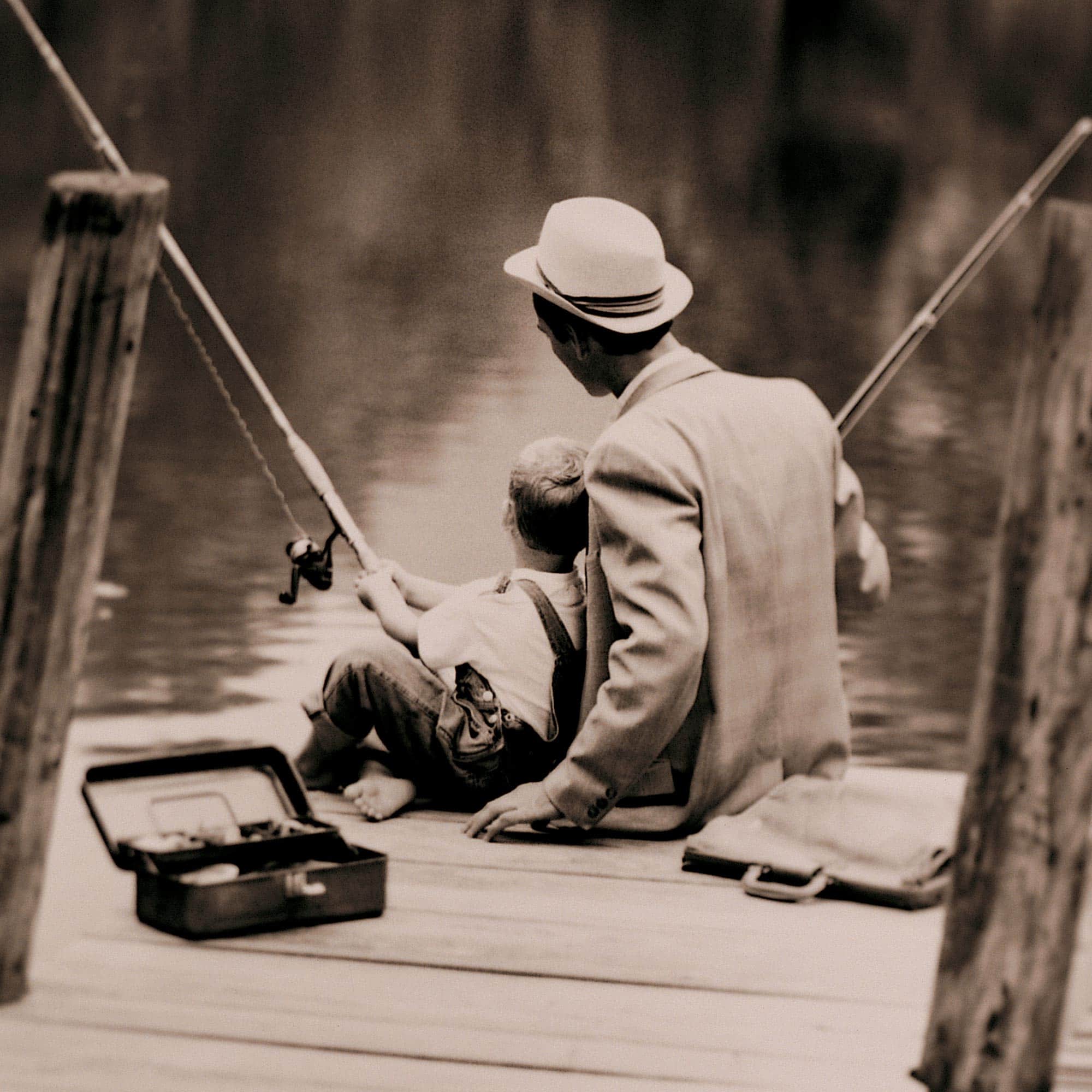 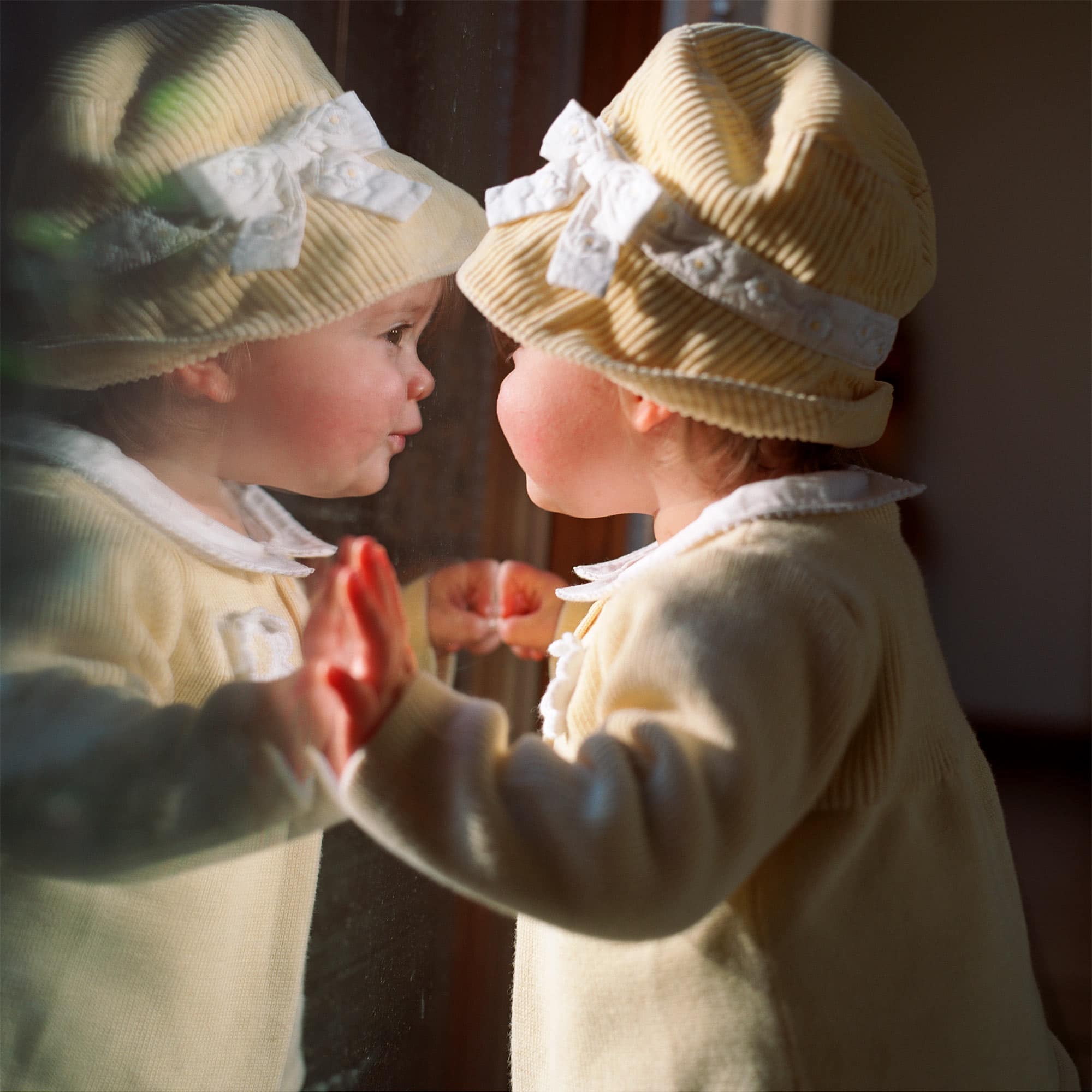 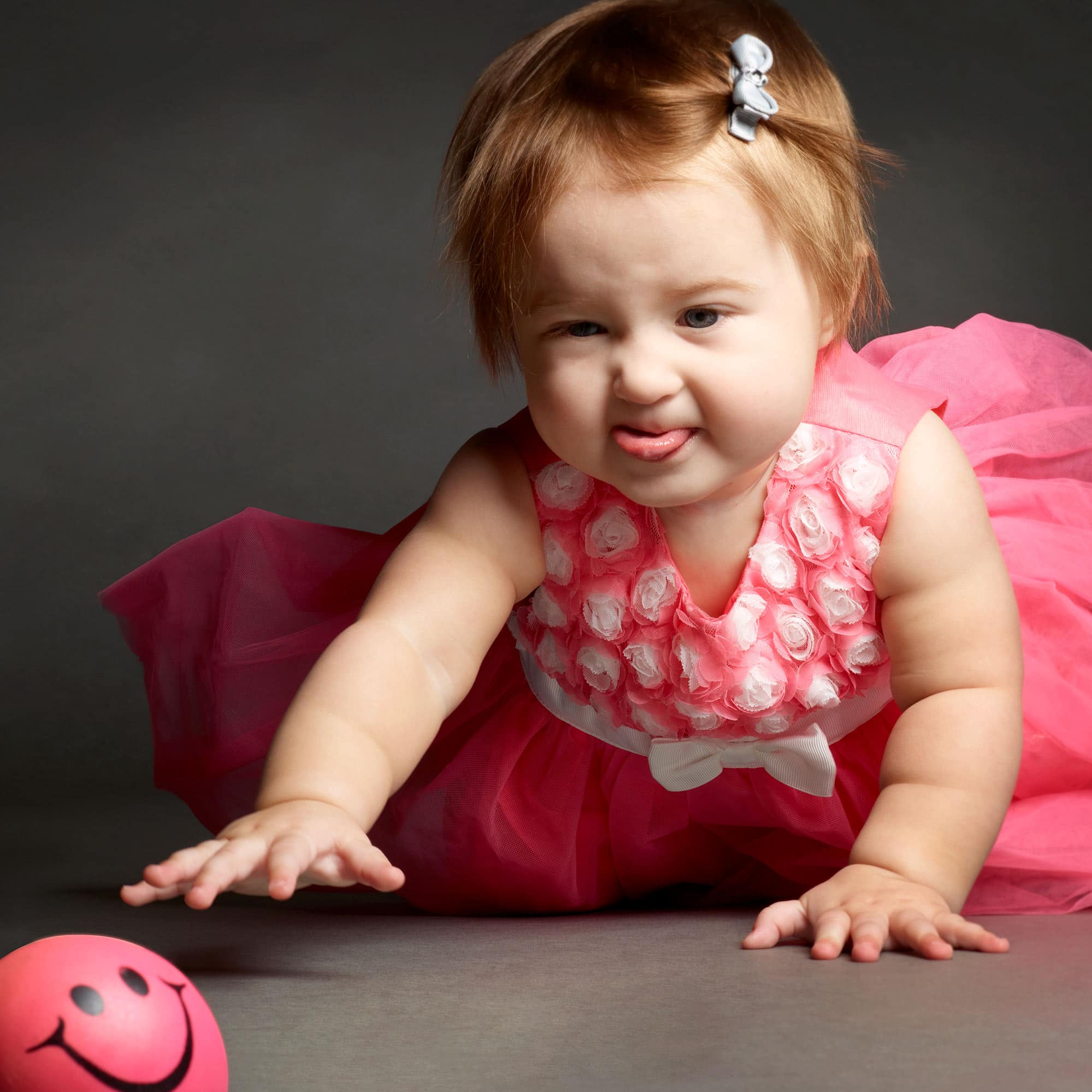 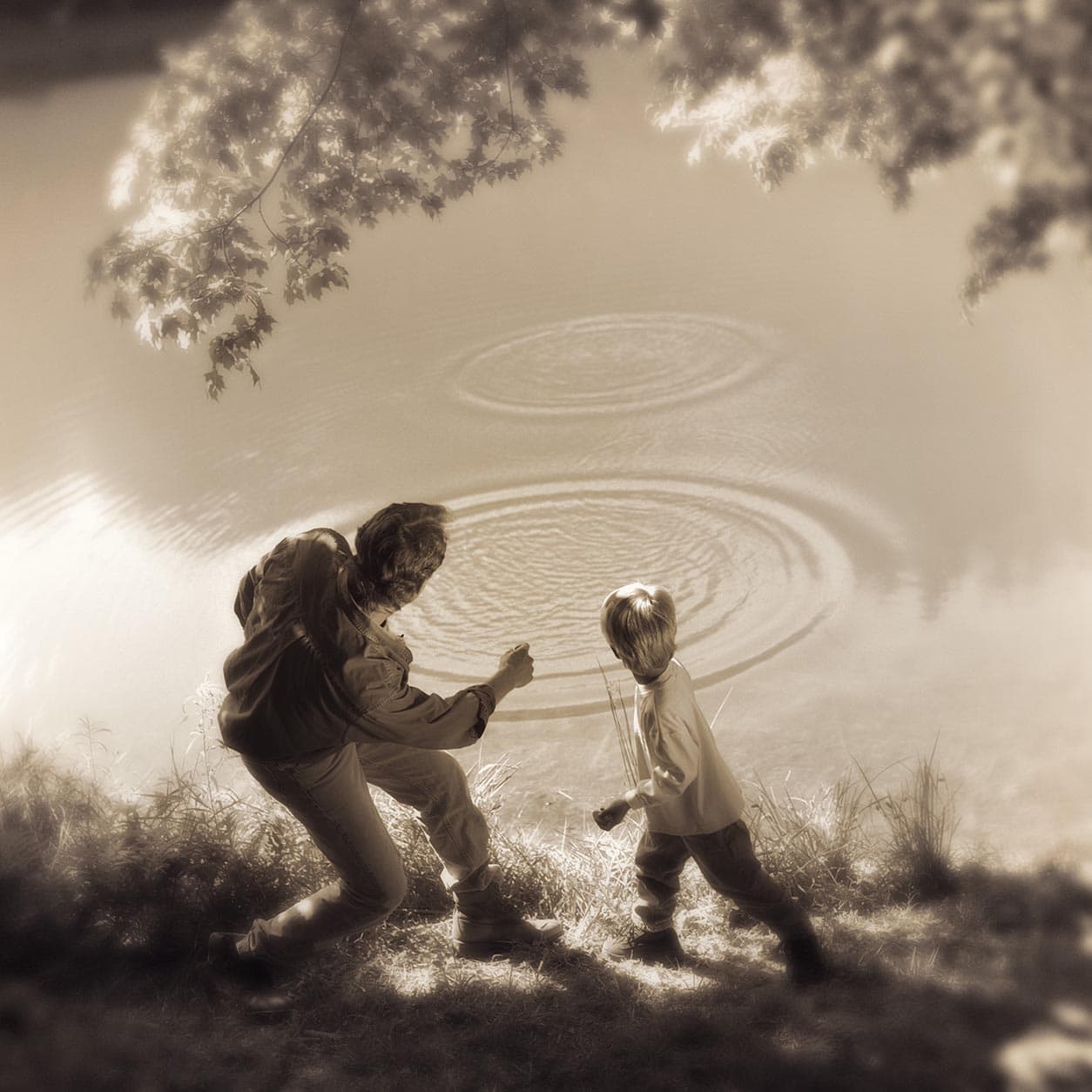 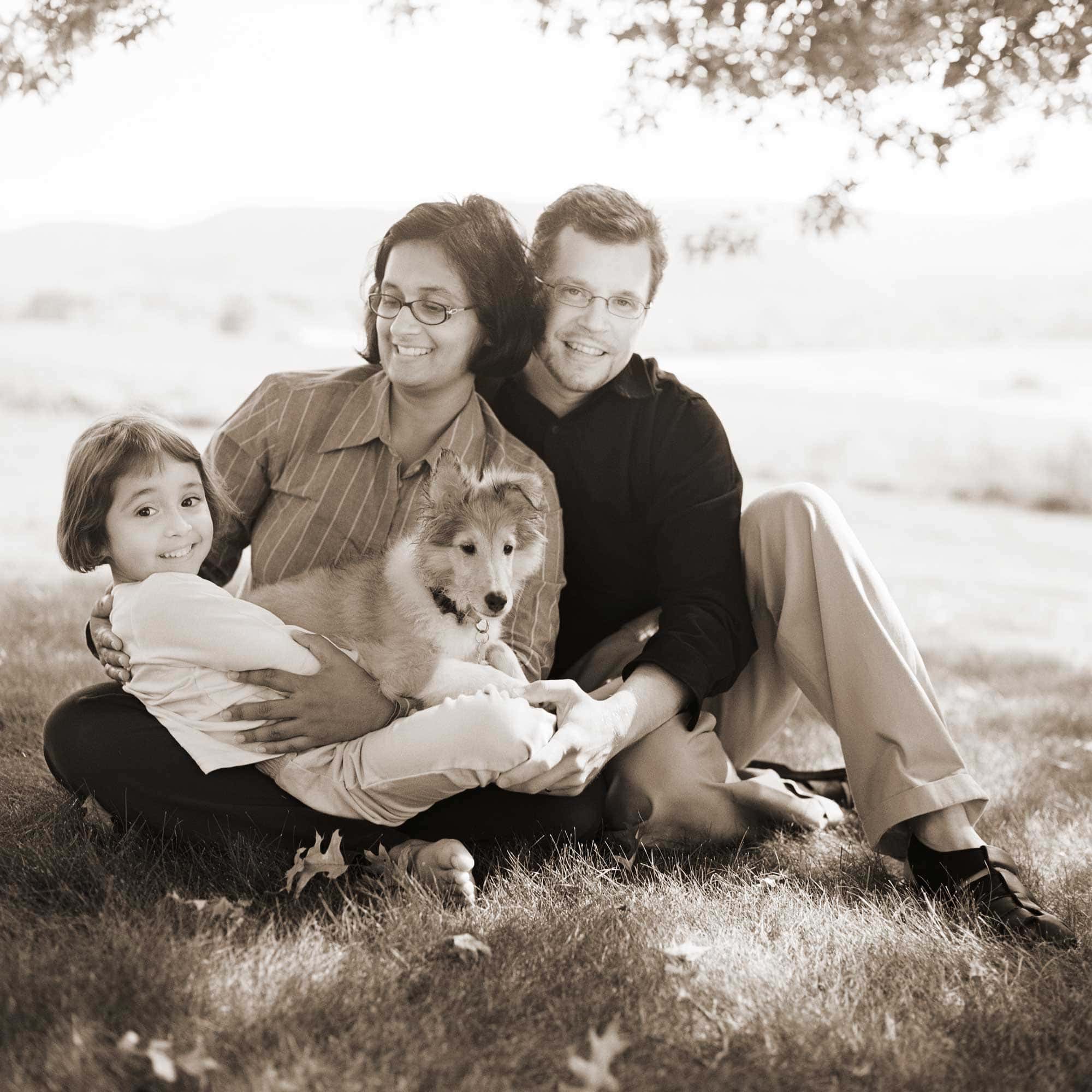 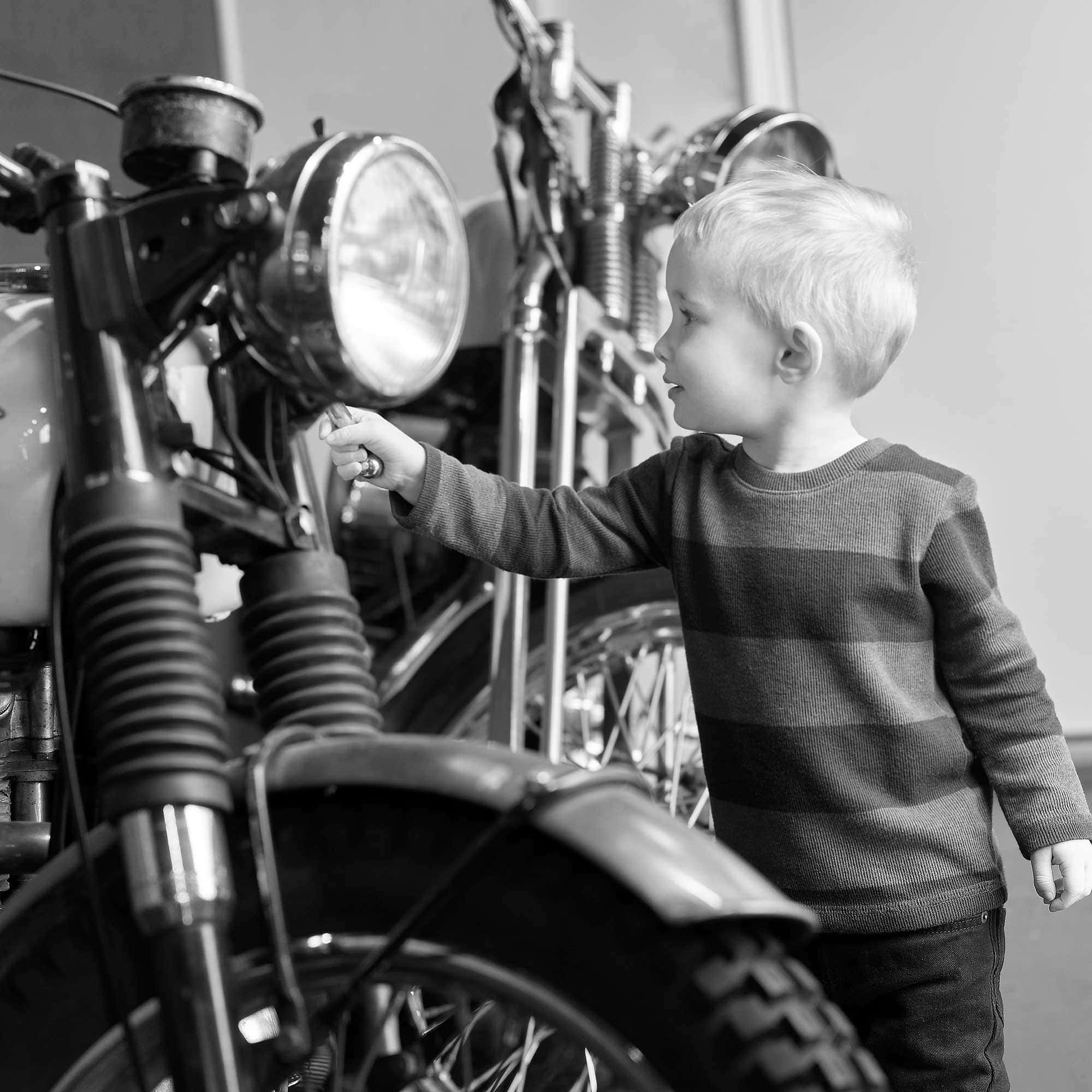 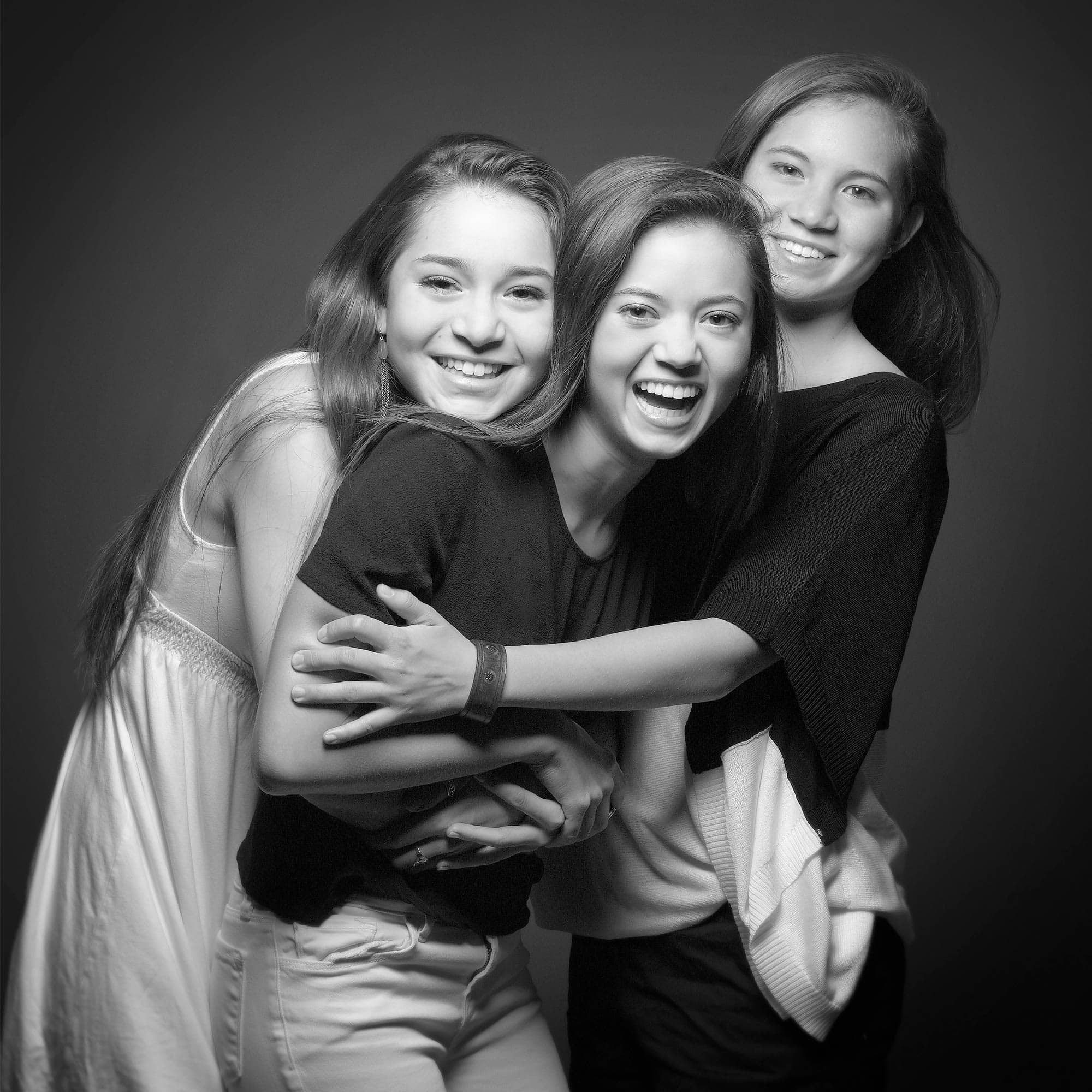 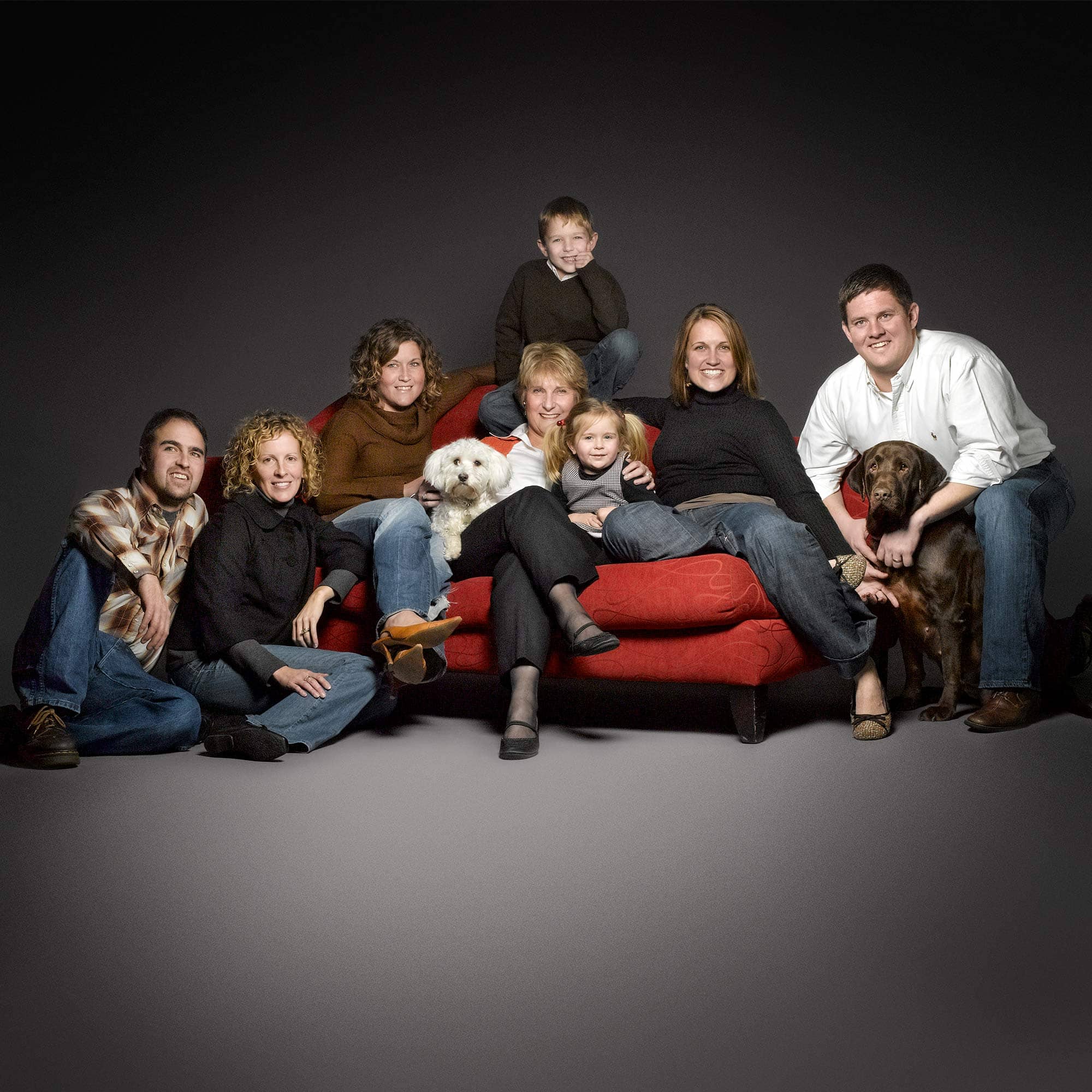 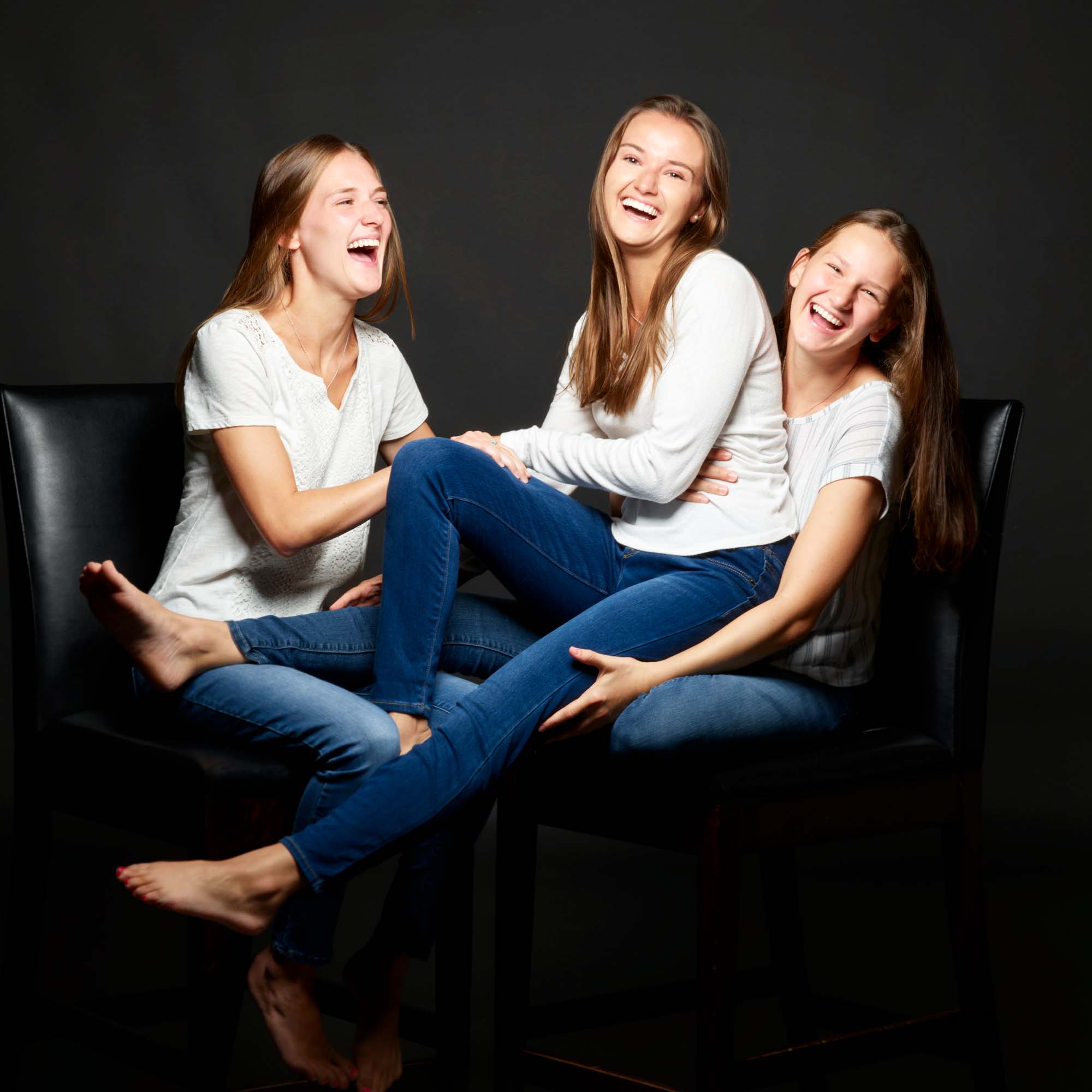 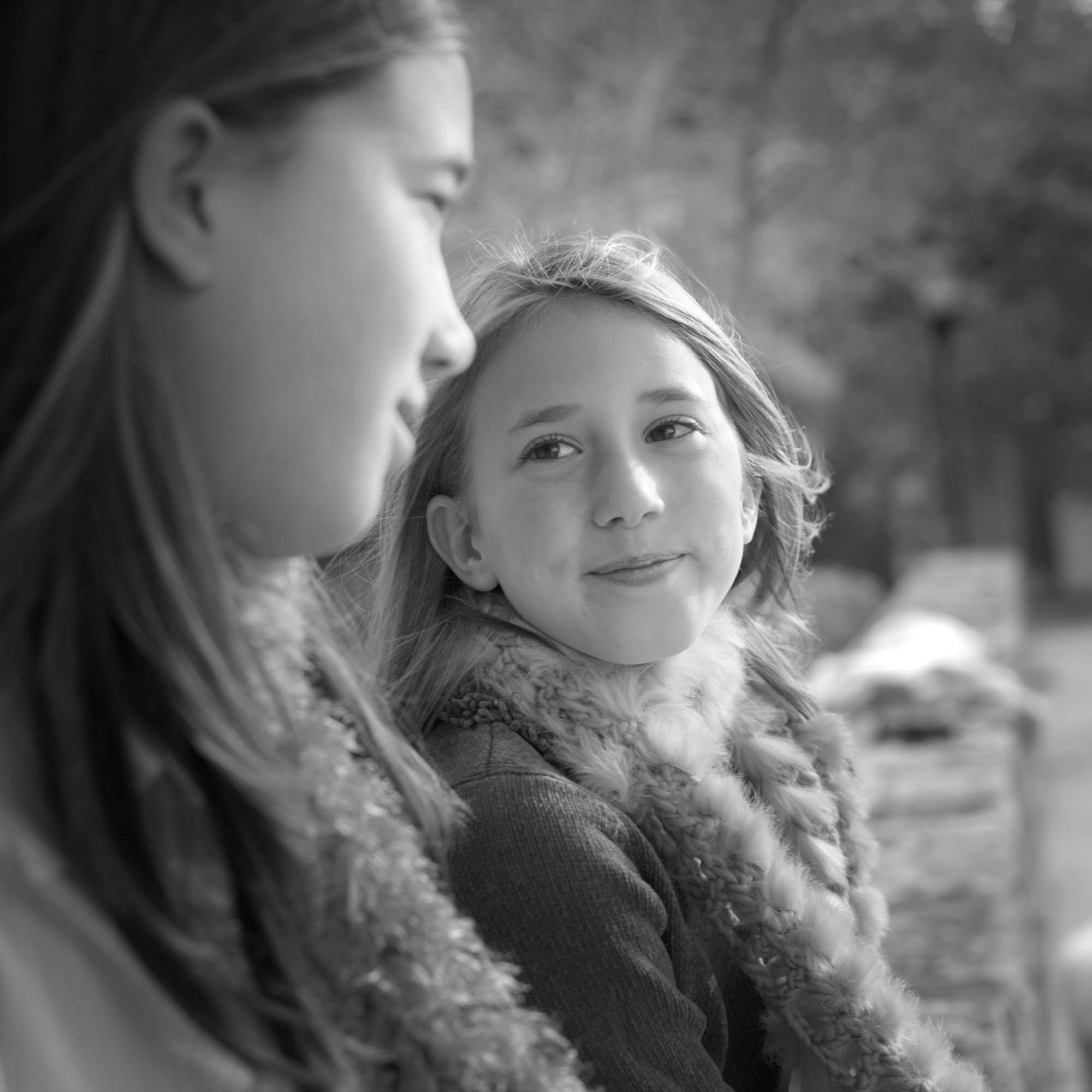 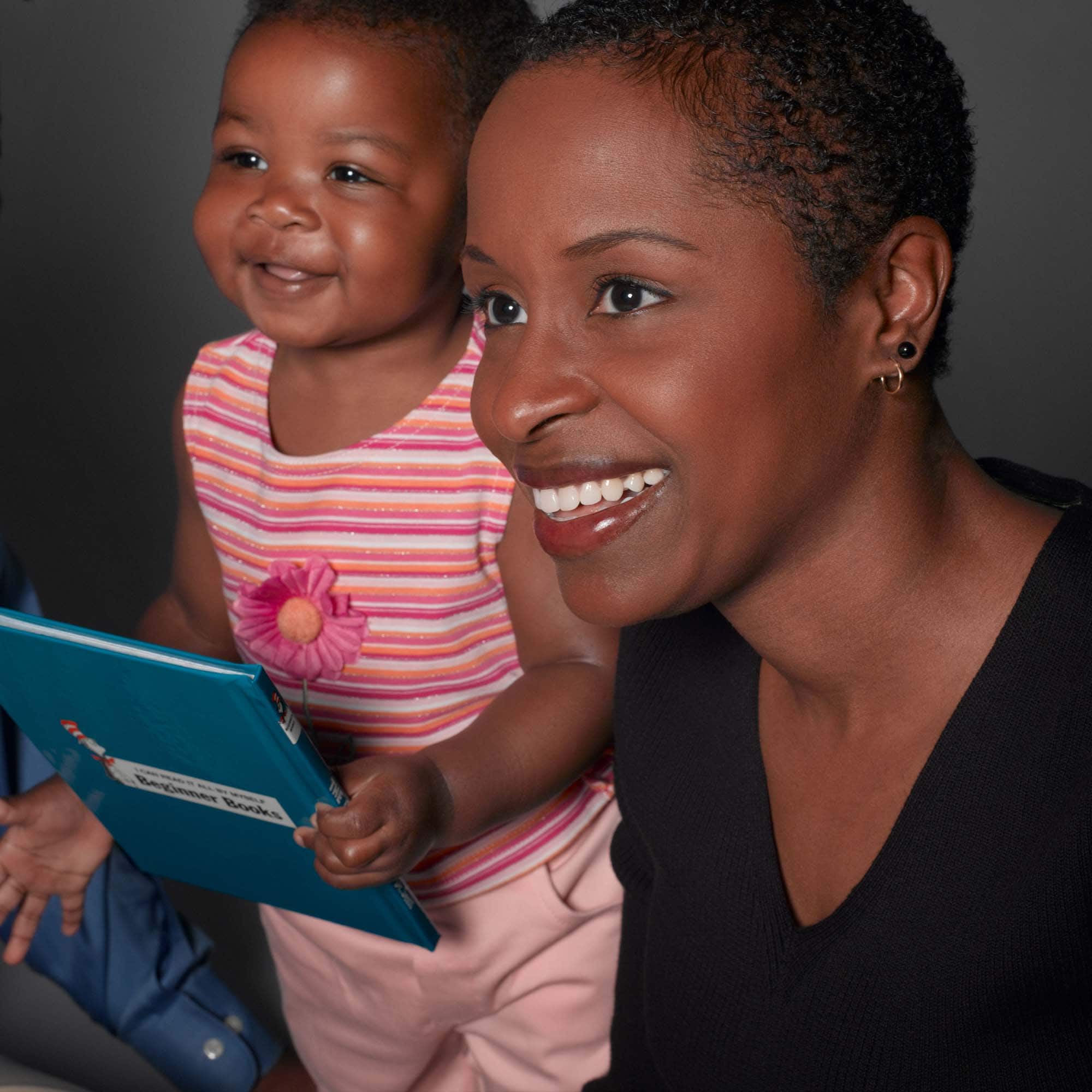 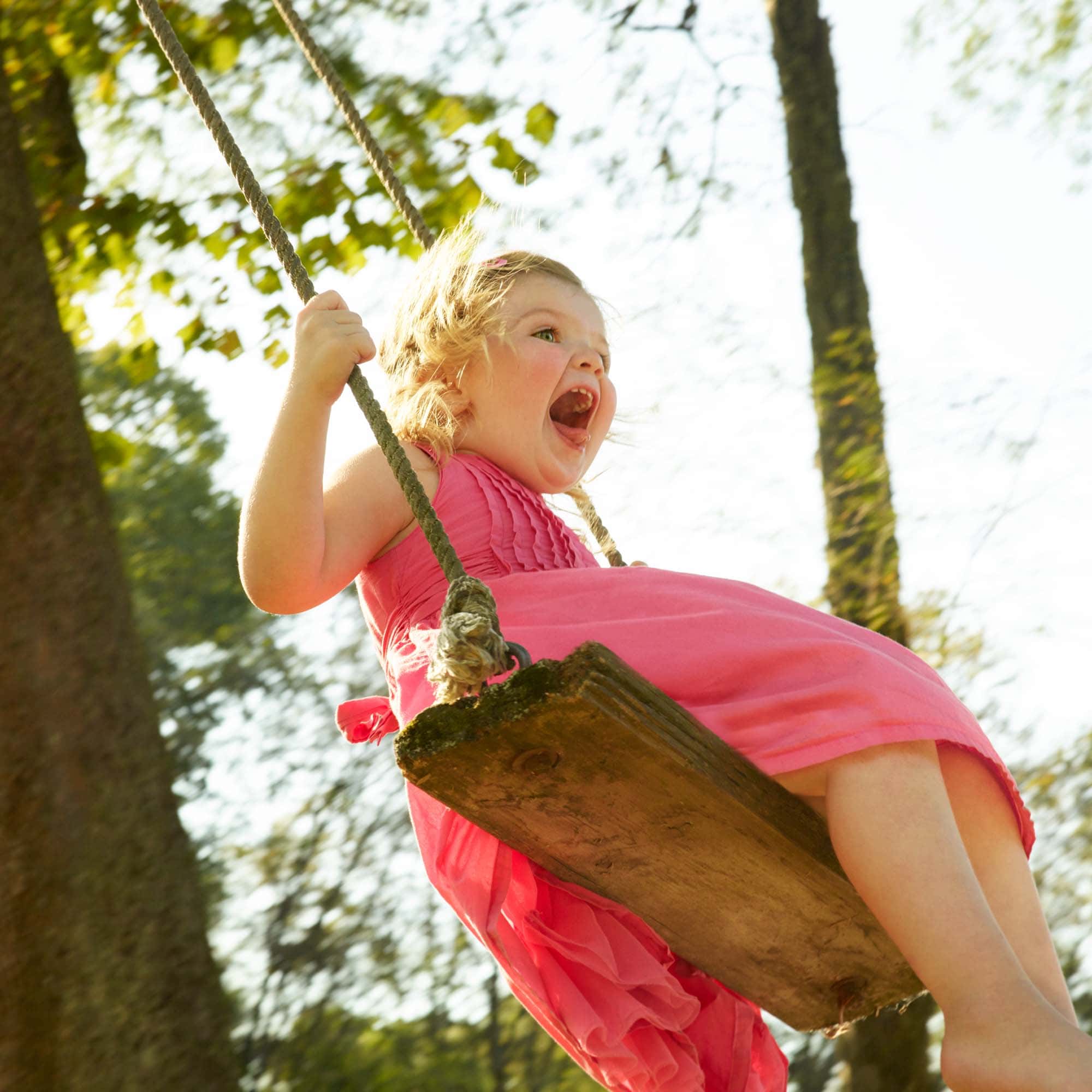 What our Clients are saying

"I am lucky enough to have had 2 photoshoots with Willow Street Pictures. The first photos of my mother and her two Jack Russell’s were so amazing we wanted to do a photoshoot with the entire family!

Willow Street Pictures is truly a ONE OF A KIND photography studio. Darren has an uncanny ability to capture the best photos of people (especially the ones in the family who say they’re not photogenic, or hate having their photos taken) and pets.

They can transform the most ordinary/everyday scenes, poses and props into the most stunning, jaw-dropping statement photographs. The entire team is so much fun to work with and the results are so unique. I still find myself staring at our photos in awe. The pictures they took are stunning and truly capture the fun spirit of our family."

Lynn L. - Chesterbrook, PA
“This experience was truly great. My mother and I have a family photoshoot every ten years, but since our last portrait a lot of life has happened; a lot of good and a lot of bad. But, the photographer was able to create and capture so much happiness between me and my mom. When we went over the family pictures, it made me think of how much strength we've had to get through things together, how much things have changed, and how our love for one another has carried us through everything. These portraits mean everything to me, and I'm so glad that Willow Street Pictures was able to provide us with an amazing experience and outcome. I'm sure in another ten years, we will be back!”
Jordan L. - Philadelphia, PA
"It’s been a few years since our last family portrait. We are not the family that runs out and gets pictures taken every year, so what we loved about Willow Street Pictures was how patient the creative team was and how the artwork is top-quality.   Darren came to our home and captured our entire family. It was incredibly special to have our family captured in front of our home because this is where we've grown up and where we get together for family dinners. Having a stunning portrait of not only my parents but with my grandparents and siblings is incredible.   I highly recommend Willow Street Pictures if you're looking to create a legacy for your family to enjoy for years to come."
Stacy P. - Chicago, IL

Nationally recognized as an award winning, top photographer in Philadelphia as well as throughout PA, NJ, NY, DE, and MD.

Check out the creative team behind the scenes on family portrait photoshoots.

3 Tips to Help You Find the Best Ardmore, PA Family Photographer Near You

Whether you’re celebrating a milestone event or you just want to document the special bond that you and your loved ones share, if you’re planning a family photo shoot, instead of searching online for “family photographers near me” and hoping you’ll find someone reliable, get in touch with Willow Street Pictures. As an award-winning, nationally recognized Ardmore, PA family portrait photographer, we’ve been capturing the frame-worthy images of Montgomery County for more than 20 years.

Our pictures are creative and fun, will perfectly capture the uniqueness of your family, and will serve as meaningful memories that will last a lifetime. Whether in the studio or on-site at a destination of your choice, our creative team will perfectly capture your family – including the four-legged members. With Willow Street Pictures, a premier Ardmore, PA family portrait photographer, you can rest assured that you’ll receive breathtaking images that you’ll be sure to cherish forever.

How to Find the Best Ardmore, PA Family Photographer Near You

Perhaps you’ve just welcomed a new little bundle of joy, maybe your son or daughter is graduating high school, or perhaps you’re having a reunion with your entire extended family; whatever the case may be, if you’re planning on having Ardmore, PA family portraits taken, you want to make sure that you hire the most reputable and experienced professional.

If you’ve never hired a Montgomery County photographer before, however, you’re probably wondering how to go about finding one. Here’s a look at three simple tips that will help to point you in the right direction of the best family photographers near you.

Start your quest for finding family photographers near you by asking your crew if they can make recommendations. Ask family members (whether or not you intend on including them in the photos), friends, neighbors, and even the people you work with if they have ever had professional Ardmore, PA family portraits taken, and if so, if they would recommend the photographer they used.

The people you know are a great resource. Why? Well, because you can probably trust them to provide you with their honest input, and because you can ask to see the family portraits the photographer took.

Whether you don’t know anyone who can recommend photographers that take Ardmore, PA family portraits, or you do but you want to add a few more contenders to the list, check online. You can find pretty much any product or service you need on the internet – including photographers. Just search for “family photographers near me” or other similar queries, and there’s no doubt that several photo studios and freelancers will show up in your search results.

Browse through the websites of a few of the different companies to see if you can find out more information, and sample images of photos they have taken; a reputable Ardmore, PA family portrait photographer will most certainly showcase a portfolio of their work on their website. Jot down the names of the studios or independent photographers that catch your attention – including the reasons why.

Once you’ve compiled a list of a few family photographers near you that have piqued your interests, reach out to each one and arrange a consultation. In-person consultations are ideal, as you’ll have a chance to tour their studio (important if you are planning portraits), see how they work, and just get a feel for their personality, which is super important, as a photographer’s personality will definitely impact the overall experience and the outcome.

Based on the information that you collect from each consultation – and the vibe that you picked up from each photographer – you should be able to narrow down the options and choose the best Ardmore, PA family portraits photographer.

When you’re interviewing family photographers near you, make Willow Street Pictures is on your list! As an award-winning, nationally recognized Ardmore, PA family portrait photographer with more than 20 years of experience and a proven track record of success, you can count on our creative team to perfectly capture you and your loved ones, creating memories that will last a lifetime. To schedule an in-person consultation, call 610-375-3424 today!

Some information about Ardmore, PA

Ardmore is an unincorporated community and census-designated place (CDP) in Delaware and Montgomery counties in the U.S. state of Pennsylvania. The population was 12,455 at the 2010 census. Ardmore is a suburb on the west side of Philadelphia, within Lower Merion Township in Montgomery County and Haverford Township in Delaware County. Originally named ‘Athensville’ in 1853, the community and its railroad station were renamed ‘Ardmore’ in 1873 by the Pennsylvania Railroad, on whose Main Line, west out of Philadelphia, Ardmore sits at Milepost 8.5. The Autocar Company moved his headquarters to Ardmore in 1899 and constructed a factory on the edge of the downtown area. The factory closed in 1954; during demolition in 1956, a major fire broke out that threatened the downtown area before it was extinguished.

According to the United States Census Bureau, the CDP has a total area of 2.0 square miles (5.1 km2), all of it land. Ardmore is adjacent to Wynnewood (east), Haverford (west), Gladwyne (north), and Havertown (southwest). Residents from South East Ardmore and Wynnewood cooperate as the ArdWood Civic Association. The Ardmore Progressive Civic Association serves the historically black section of Ardmore bordered by ArdWood Civic Association, Haverford College, Montgomery Avenue, and the Montgomery/Delaware County line. The North Ardmore Civic Association represents residents of North Ardmore and Wynnewood north of Montgomery Avenue. The South Ardmore Betterment Alliance is a community group in the southern (Haverford Township) portion of Ardmore which organizes various community activities.

Ardmore’s train station is served by SEPTA Regional Rail’s Paoli/Thorndale Line (commuter) and Amtrak (intercity) passenger trains. Residents and visitors enjoy several recreation areas, including South Ardmore Park, which is located in neighboring Wynnewood, though many mistake it for Ardmore. Suburban Square, opened in 1928 as one of the earliest shopping centers in the United States, is located adjacent to the Ardmore train station. Ardmore contains the nation’s first suburban branch of a major department store, the former Strawbridge & Clothier which opened there in 1930; the former Suburban movie theater—now Not Your Average Joe’s Restaurant; the newly relocated Ardmore Farmer’s Market; an Apple Store, and the usual selection of mall shops. Other landmarks within the Ardmore Progressive Civic Association borders include the Ardmore Post Office and Ardmore Public Library (part of the Lower Merion Library System) on South Ardmore Avenue; the Ardmore Ice Skating Club on Greenfield Avenue; a public swimming pool; lighted tennis/basketball courts; the community center known as ‘The Shack’; and two senior housing projects.

Two sites, located in the Haverford Township section of Ardmore, the Merion Golf Club East Course and Pont Reading are listed on the National Register of Historic Places.

How do you make our family look relaxed?

We have a natural way of creating a relaxing environment on photoshoots. We bring out the real smile, because we get your family laughing and having a good time! During the photo shoot, we will provide drinks, your favorite music plays, and the fun begins. The mood is light, playful and your family's natural smiles will shine.

Yes we travel, there is no distance too far! We’ve had photoshoots in Madagascar, London, and all around the world. More frequently, we travel throughout the tri-state area and bring all the same equipment we use in our studio.

What should our family wear?

We help you with these important details at your consultation with our Portrait Consultant. Our creative team is great at listening, making suggestions and providing you with a custom designed consultation booklet that’s exclusive to our clients. Your family is welcome to bring casual and formal options. Our studio has an elegant dressing room where you can change wardrobe throughout the photoshoot.

We also encourage our sports fans to bring everything they have to their photoshoot. This is what makes it personal and allows us to capture the real personality of the family.

Can I get a variety of family groupings?

Yes! During the photoshoot, we will capture a range of groupings for you. From immediate families to large extended families to individual close ups, you will have plenty of options. If there are certain groupings you are looking for, we meet with you before the photoshoot begins to write down all of your ideas and ensure we capture everything.

Can I have a headshot created too?

Yes! During the photoshoot, we will capture a range of groupings for you. Many business professionals use the opportunity of their time at the studio to update their work profiles with new headshots.

Loving what we do

We are more than happy to provide information about our services, our recommendations, and answer any questions you may have.

Thank you for your message, we will be in touch within 48 hours.